Nothing fascinates me more than capturing moments that you wouldn’t normally see.

Let me explain. When you look up at the clouds, you know they’re moving… even if you can’t see them move.

Likewise, driving past the foundations of a new building being built, only to see the skyscraper in its place the next time you visit. What happened in-between?

That’s why I love time-lapses, you get to see those incremental changes stitched together and speeded up to see the transform before your eyes.

They’re now even easier to capture using your smartphone…

How to capture a time-lapse on the iPhone

Time-lapses may look complicated, but they don’t have to be (anymore).

You no longer need a bulky DSLR and a intervalometer to capture a decent time-lapse, you can capture your own on the go with your smartphone. Time-lapse apps have been around for a while, but it’s only now with the improvement in camera sensors in smartphones that are they really taking off.

You can capture a time-lapse on your iPhone in two ways:

Use the built in time-lapse feature by Apple

Pros – it chooses the best settings automatically for the conditions, i.e. it’s fully auto in terms of exposure and picking the best settings for light etc. You really don’t need to do anything. It’s also really clever how it captures and saves. You will never get a long time-lapse from this, all time-lapses will finish up around 30-seconds. It does this by automatically removing clips the longer the time-lapse goes on for. For example, once you go past a 10-minute capture, it starts cutting scenes automatically. It also means that you’ll never use up all of your iPhone’s memory.

Cons – however, that’s exactly why some people don’t get on with this built-in feature. A lot of photographers want control of their capture. They don’t want scenes cut automatically… they don’t know what they’re losing when the iPhone automatically does this. There is also a lack of control over the camera’s settings as well – exposure and shutter speed etc, it’s all done for you and that’s what people don’t like.

For me, this is perfect and I imagine its the best solution for the majority of iPhone users – as it works straight out of the app, no messing around. It’s also good for those that are new to photography, as it allows you to try out different types of video content very easily.

Third-party app such as Lapse it

This is another app that I love to use to capture time-lapses, but in more challenging lighting environments. There is a free version of the Lapse it app or you can upgrade to Pro to take full advantage of capturing high-res time-lapses. It’s well worth doing – but try the free version first to make up your own mind.

Pros – complete control over your time-lapse capture. You can change the exposure, shutter speed, how long between each capture, white balance… and lots more!

Cons – you need to have a good play around with the settings to get to know what works well in different situations. It’s quite time consuming and depending on what you want to capture, there is a danger of missing the moment.

If you’re a photographer and perhaps own a DSLR already, the Lapse it app is perfect for applying your existing camera knowledge to capture some very good time-lapses. Some may argue that it isn’t as sharp as the DSLR (which is true), but you can’t beat the portability of a smartphone… 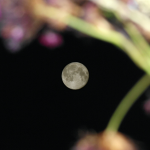 How to capture tonight’s supermoon using a smartphone 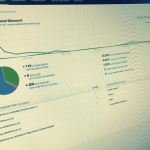 13 email marketing tips from the pros