360-degree video is hot right now and there are many brands including Ricoh and Samsung rushing to put this technology in the hands of the consumer.

If you haven’t experienced 360-degree video yet, then you really need to check out the ones on YouTube.

360-degree video is made for mobile. It’s really simple to use and all you have to do is tilt and turn your smartphone to move around the world in front of you.

You can make the experience even more immersive by using something like Google cardboard or a VR headset for your smartphone. This basically straps the phone to your face, allowing you to look around with every movement of your head. It’s pretty cool.

What attracted me to the Ricoh Theta S was its simplicity and sleek design. The build quality is excellent with a rubberised style coating to give you extra grip. It has two dual fish-eye lenses, which make up the full 360 degree shot… and a handful of buttons on the side with an LED indicator.

It also has a whole host of other cool features, which I’ve listed below:

However, despite these features, the biggest flaw of all is the camera itself – it’s just too poor for 360 video. I’ve included a test video at the top of this article and you can see the quality for yourself. All I did was walk around the grounds of a nearby park and it simply couldn’t keep up

The Ricoh Theta S may shoot “full-HD” video, but what it doesn’t tell you is that this is one wrap around of a HD (1920 x 1080) clip. Once this single clip is stretched to give a 360-degree view, your viewing field is not so HD.

It’s an absolute shame as I had high hopes of using it in an upcoming project.

The Ricoh Theta S does have some awesome features, but the primary function of a camera is all in its image quality. If you can’t get that right, what’s the point in live streaming the content? 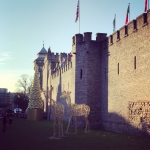 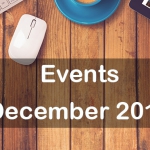