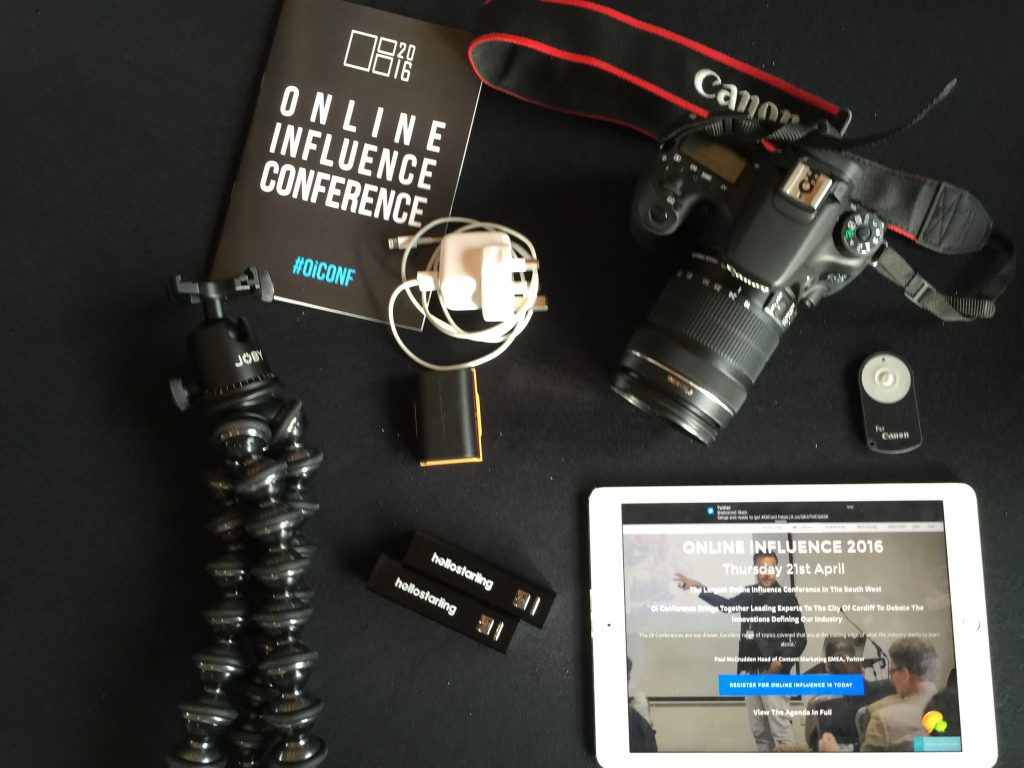 I’ve just arrived at the Online Influence Conference in Cardiff (a little early, I must say).

I love attending technology events, but I can never decide what to bring with me. There’s always a trade off between bringing too much and too little, which I can’t stand. The last thing you want to do is lug around lots of kit that you don’t even end up using.

This is what I’ve packed this year …

The BIGGEST challenge I find is having enough juice to keep my devices powered throughout the day. No doubt there will be lots of tweeting and photo taking, which would usually leave my phone battery dead after talk 1. I’ve packed two USB battery packs, just to cover me this year…

I wouldn’t normally bring a DLSR either, or a tripod, however it’s a new toy of mine so I wanted to give it a whirl.

Who needs old fashioned pen & paper, when you have an iPad?

Wall charger just in case my battery packs fail me, notice a pattern here? I’ve been burnt before…

The Online Influence Conference, also known as #OiConf, is a social media and technology conference. I believe it’s been running for the last four years, of which I’ve been lucky enough to attend the last 3 (including this year’s).

The day usually breaks down the same, including keynote speakers and a variety of breakout sessions throughout the day. There are also plenty of networking breaks, giving you a chance to catch up with people in the industry over a cup of coffee. 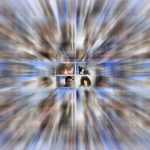 Can social media really get you more votes? 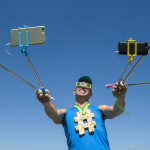 The social media channels under 25s are using the most